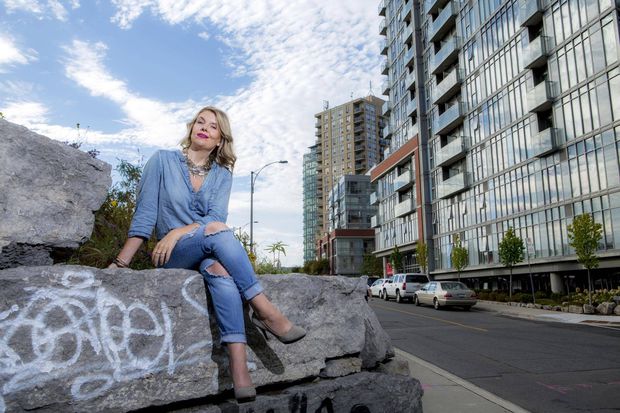 ANNA SHARRATT
SPECIAL TO THE GLOBE AND MAIL
OCTOBER 11, 2017

Michele Yeo has been through the wringer in Toronto’s rental market. In the past five years, she’s had to take a landlord to court after he unlawfully withheld her last month’s rent, been evicted from two condos because the landlord claimed to be moving in and faced steep rent hikes that forced her to move.

“There were times when I was losing sleep, night after night, worried about my housing,” the 39-year-old says.

And although the general rule in personal finance is that rent should account for no more than 30 per cent of gross pay, it now eats up 46 per cent of Ms. Yeo’s income. “I’m a responsible, single, professional person, but people like me are getting priced right out of the city,” she says.

Stories such as Ms. Yeo’s are increasingly common among young urban professionals and students looking to rent in Toronto. With few properties to choose from and rents rising, many are digging deeper than ever or settling for places in less-desirable areas.

The numbers paint a troubling picture. The average rent for a one-bedroom condominium apartment in Toronto jumped 8.8 per cent year over year in the second quarter of 2017 to $1,861 a month, according to the Toronto Real Estate Board.

In Ontario, landlords are legally allowed to evict tenants if they want the apartment for their personal use. A recent analysis conducted by The Globe and Mail found that the number of applications for these kind of evictions has shot up 23 per cent since 2013, with advocates saying at least some landlords are doing it to hike rents.

When her landlord served her notice in July that she wanted to move into her condo in Toronto’s Queen West neighbourhood, Ms. Yeo thought she was prepared for what lay ahead. “I was open to [the Roncesvalles area], Little Italy and even the East End, but I was having zero luck,” she says.

“I once hiked all the way to High Park for a place that was taken by the time I got there,” Ms. Yeo says. “It had no storage locker, no parking, hydro not included and it was $1,950 per month. At that viewing, I actually started to cry.”

“The rental market has gone bonkers in the past three-and-a-half years.”

Ms. Yeo finally found a place and is set to move in October, but will be paying more than for her previous condos – and she had to forgo a parking spot and locker.

Katrina Persad, an off-campus-housing facilitator at Ryerson University in Toronto, says she has heard of landlords who offer their rental apartments in the same way they would sell a home in Toronto’s overheated property market – by soliciting multiple bids. She says some of her clients have been “outbid multiple times.”

Many of her students are shocked by the rental environment – particularly if they are from overseas.

“A lot of our students are overwhelmed by Toronto’s housing market,” she says. “It comes as an unpleasant shock when they find out that the average cost of a one-bedroom is $1,800 a month.”

International students face additional hurdles. “You need a guarantor – someone to co-sign the lease,” Ms. Persad says. Many landlords do not want to wait while prospective tenants go through this additional step – and they don’t have to when they have a line-up at their door. Plus, the guarantor must have a Canadian credit history, which can be tough for a newcomer with few connections.

Jen Radley, manager of housing services at the University of Toronto, says a lack of income history can also be a problem. “We are seeing many landlords requesting a credit report and/or guarantor for students who do not have a regular salary or past renting experience.”

Alex Lawson, 25, is well acquainted with landlords dictating the terms. She braved crowded showings for four months this year.

“Every place that we went to there were tons of people. You’re always nervous,” says Ms. Lawson, who works in sales in downtown Toronto. “And things are crazy expensive.”

After countless hours online, phone calls to landlords who often cited different prices than the ones advertised, Ms. Lawson and her boyfriend secured a place.

“We recently found a one-bedroom, she says. “The rent is $1,500.” The apartment is farther afield than the couple wanted. It’s a 15-minute bus ride from the subway and northeast of downtown.

Since then, Ms. Lawson has noticed the rent has gone up to $1,800 a month for a similar unit in her building.

Ms. Persad says that in a market that does not favour tenants, she has had to remind some landlords of the law. One refused to give rent receipts – which is legally required. Some charge fees to hold an apartment before the rental period starts.

In this environment, many apartment hunters are getting more creative or making compromises. Some are looking beyond Toronto’s core – or opting for communal living, Ms. Persad says.

She counsels would-be renters to have paperwork – such as cheques or money orders, job information and deposits – with them when they go to see a place and have references listed.

Ms. Persad also advises renters to think about ways they can add value for the landlord. For example, when competition for a property is high, she suggests they propose to mow the lawn once a month for a reduction in rent.

But she cautions that inspecting the units before signing anything is crucial, as is familiarity with the Residential Tenancies Act, which outlines landlord and tenant rights and responsibilities.

Regardless, Ms. Yeo feels it is “buyer beware” in Toronto’s market. And she worries about the future. “I don’t think it’s too much to ask that I be able to [find an affordable place] in the city in which I live.”