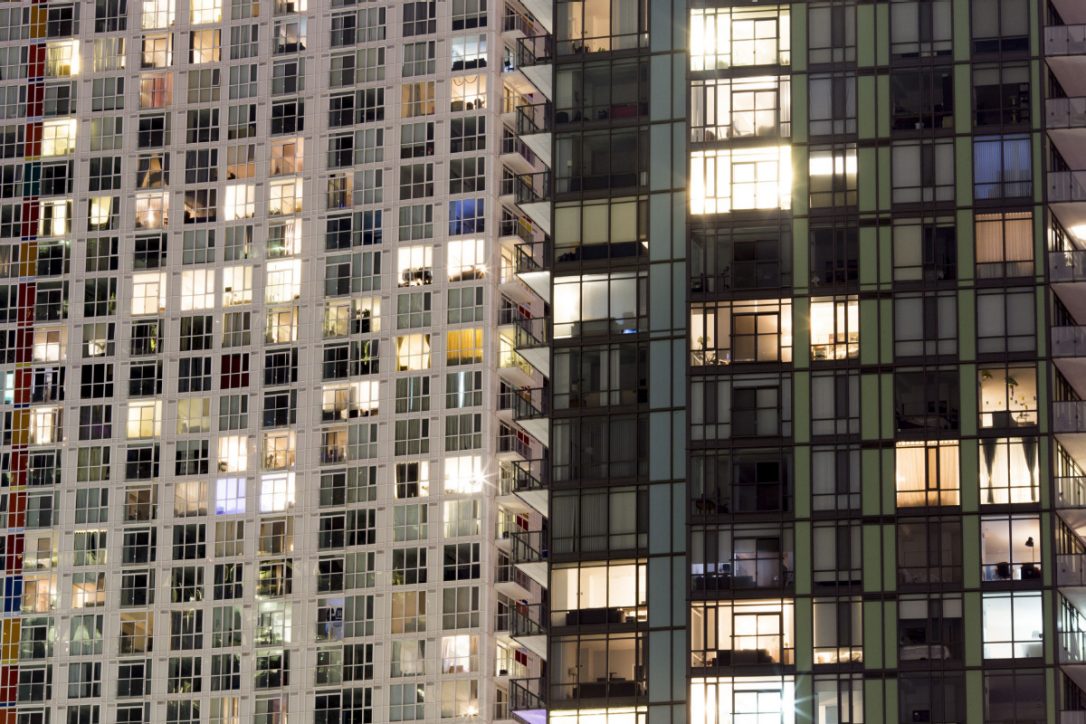 Apartment-seekers are driving the streets looking for rentals and creating web profiles, similar to dating bios, to attract landlords.

Trying to find an apartment in Toronto is a lot like online dating, only more demoralizing.

Ask Kin Lau. Normally, landlords would be swiping right on him. He’s got a perfect credit score and a good job. But last week he drove 40 minutes to check out a one-bedroom — only to discover another suitor had snapped it up first.

“Do people just not go to see the place before renting?” said Lau, a 25-year-old accountant.

He just wants an apartment viewing. Is that too much to ask?

Renting in Toronto is the hardest it’s ever been. Home prices have doubled since 2008, so buying is out of reach for many people. That’s pushed Toronto rents to record highs, approaching those in Brooklyn and London. Potential tenants are so desperate they’re driving the streets looking for rentals and creating web profiles, similar to dating bios, to attract landlords. And prices are likely to keep rising given new laws that builders say discourage construction.

“I can’t take clients with mediocre credit anymore, because landlords don’t even look at them,” said Conrad Rygier, a broker at Keller Williams Realty Inc. “I’ve seen a lot of frustration. Downtown is just absolute craziness.”

Investors, lenders and Canadians looking for places to live are wondering how much longer the home-price boom can last. Although values have fallen 17 per cent since March, compared with a 3-per-cent gain in the same period last year, the average price of a detached home in Toronto is still near a record at $1.39 million.

Rental supply is down to two weeks, meaning it would take that long to rent everything in town, and average rents have hit an all-time high.

Toronto mostly has three types of rental properties: privately owned condominium suites, rental buildings with a central landlord, and space in a private home. Supplies of all three are squeezed.

There are 1,125 condominium units available for rent in the city, down 13 per cent from last year, according to second-quarter data from Urbanation Inc. It’s also a record low for the period in Toronto.

For newer rental-only towers, the vacancy rate reached a low of 0.1 per cent in the second quarter. In April the province of Ontario introduced the most sweeping rental rules in a quarter century. They cap rent increases at 2.5 per cent and extend rent controls to apartments built after 1991, which builders say will constrict new construction. It will likely keep renters climbing over one another to get a date with a landlord. Lau, the accountant, said he had four landlords cancel on him in two days.

As for basement apartments and other unofficial listings, a segment of the market not actively tracked, good luck.

Horror stories abound. Stephanie and Stephane Leonard spent more than a month checking online listings and cruising the city streets in their silver Audi, hunting for “For Lease” signs in house windows. In desperation, they posted an advertisement online that reads like a dating profile: charming, dependable and mature. Seeking: a one-bedroom rental. They joined dozens of others posting similar online ads.

“It got to the point where I would monitor Kijiji for properties as soon as they popped up, and even then we couldn’t always get a showing,” said Stephanie Leonard, a 47-year-old training-manual writer, referring to the popular classifieds website. “I’ve moved around a lot in my life, and this is the hardest time I’ve ever had finding a place.”

The Leonards ended up renting one floor of a house in Mimico, an emerging neighbourhood along the water about a 30-minute drive from Toronto, with two other tenants living on the other floors. It wasn’t a perfect match, but it works for now.

Others aren’t so lucky. Dayna and Theo Block have to move to the city by Sept. 7, when Theo starts classes at the University of Toronto, joining the 100,000 other people migrating to the city each year. Their online ad, with a photo of the pair in a meadow by a wood fence, describes the 21-year-olds as a young, polite couple seeking to spend no more than C$825 a month. They’re getting more emails from scam artists asking for money than from landlords.

“I want to tell people, ‘You don’t understand. We just need a place to live. The bare minimum,’” Dayna Block said by phone from their basement apartment in the western province of Alberta, Canada’s oil-producing region. The couple have even offered to pay rent for August despite not living in the city.

Landlords are ecstatic at their good fortune. Jeff Medley listed his downtown Toronto “nothing special” 600-square-foot (56-square-meter) condo on a Wednesday. On Thursday, the winner of a bidding war agreed to pay C$1,850 a month for the place he’d offered for C$1,800.

“Each time I’ve rented it, I’ve got more,” Medley said. “Nothing has changed about the unit.”

Unless there’s an influx of supply or a slowing of demand, the market will only become more unhinged, said Rygier, the Keller Williams broker.

“I was going to say, ‘If it’s a reasonably priced suite,’” he said. “But that’s an oxymoron these days.”