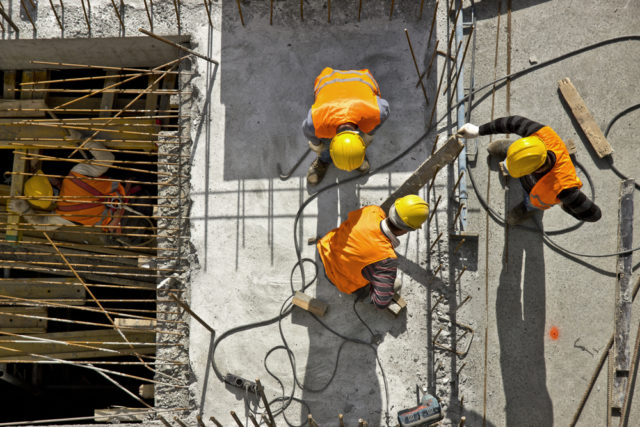 The Greater Toronto Area’s (GTA) leading source for condo market intelligence, Urbanation, released its first quarter report for 2018 (Q1-2018). Following a record year for the new condo market, things are starting to calm down a bit.

On top of this, there are 37,389 new units in the preconstruction phase, 86% of which are presold. That puts unsold inventory at a 16 year low with fewer than 8,000 units available. With low supply and demand still strong, asking prices for unsold inventory have gone up 29% to $914 per square foot.

“Moderation for new condo presales was in order after a breakneck pace in 2017,” says Shaun Hildebrand, Urbanation’s Senior Vice President. “Industry capacity issues should keep presale activity in check this year, but with inventory levels exceptionally low, prices continue to remain propped up.”

We want to take this opportunity to point out how looking at the average price per square foot is perhaps less daunting psychologically than looking at an average price.

For example, the Building Industry and Land Development Association (BILD) recently reported the average price of a new condo unit in the GTA as of the end of March 2018 was $742,801 (BILD also reports on the average price per square foot).

That’s a scary number, but only if you’re considering buying a new condo that’s the current average size of 900 square feet! It helps to know the average price per square foot because if you’re looking for a new condo that’s around the 500 square foot range, you know to expect prices around the $400,000s (prices will vary based on a variety of factors, such as location, finishes, etc.).

Urbanation says that the rising prices and tougher mortgage qualification rules that kicked in at the beginning of the year have strengthened the demand for studio units. The average price of a studio unit increased 24% to $381,000.

In the resale market, average price stayed steady increasing 2% compared to Q1-2017 and 11% annually to $661 per square foot.

It will be interesting to see how the new condo market fares through the spring and leading into summer!