Does Toronto truly have a vacant Condo problem? 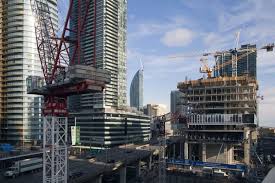 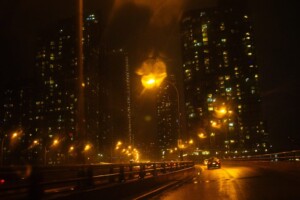 The head economist of RBC’s asset management division is shedding light on Toronto’s unoccupied condo units as the city mulls a vacant-home tax like Vancouver’s amid support from activists.

“Given anecdotes about speculators, foreign buyers and the fraction of condos perpetually dark even as day turns to dusk, one worries about this segment of the market in the event of a serious correction,” Eric Lascelles, chief economist at RBC Global Asset Management, writes in his latest weekly #MacroMemo.

“Fortunately, the actual statistics bely this fear,” he adds.

Lascelles doesn’t dismiss risks. Rather, he suggests they are “significantly overstated,” first stating that 1 per cent of condos made available for rent in Toronto are vacant.

Then he addresses a different slice of the towering market: “Wait a moment. What about the ‘shadow inventory’ — all the condos held off the market but nevertheless empty?” he asks.

According to 2015 numbers from Canada Mortgage and Housing Corporation (CMHC), roughly half of all condos in this category are rented out, while 42 per cent are still used in some way by an owner or their family, he notes. Some 4.1 per cent remain vacant.

“This is considerably higher than 1.0%, but literally an order of magnitude smaller than feared,” he adds.

“The fact that condo prices have held up better than detached homes during the city’s recent swoon hints at this [market’s] resilience.”

The fact that low-rise housing types have become so expensive in the city has helped cushion condo prices from some of the chill from Ontario’s Fair Housing Plan, which has most dramatically impacted the detached-home market.

Being the only remaining affordable kind of housing for many buyers in Toronto, there is a certain level of built-in demand for condos, one expert tells BuzzBuzzNews.

However, housing advocates are pushing for a tax on property owners who leave their dwellings vacant as a way to provide relief to renters by easing the Greater Toronto Area’s tight rental vacancy rate.

With Toronto seeking input on whether it should tax owners of vacant homes, Generation Squeeze, a lobby group hailing from Vancouver, is now gathering signatures from those in favour.

“A vacant home tax has the potential to quickly transition thousands of existing homes into the rental supply, and at no cost to the public purse,” the group’s website reads.

Does Toronto truly have a vacant-condo problem? Expert weighs in